WI-FI “DEAD ZONES” IN MY HOUSE WERE DRIVING ME CRAZY

BLAZING FAST INTERNET EVEN IN YOUR BACK YARD OR BASEMENT!

DON’T PAY A PENNY EXTRA TO YOUR GREEDY PROVIDER!

If you’re like me, you’re sick of paying huge fees every month to your internet provider. Most of these companies want to gouge you every month for crazy fees. They charge you for your modem, for your router, some even make you pay for just hooking up everything to a few feet of cable! It’s insane.

And then they want you to pay even higher fees to increase your so-called “bandwidth”. They lure you in with a cheap price for the “standard” internet speeds, but then what happens?

You try to watch Netflix or YouTube, but the streaming speed is terrible. Next thing you know, you can’t even attach photos in your email because EVERYTHING IS RUNNING TOO SLOW.

Or maybe a few members of your family are trying to use the internet at the same time, and nobody can download anything, because everything slows to a crawl. You just run out of “juice”.

And forget about gaming. Everything freezes or is “buffering” and games become an exercise in frustration. You feel like throwing your expensive phone or laptop right out the window!

And you know what? The greedy internet companies plan it that way. They want you to be frustrated and then they hit you up for some outrageous speed upgrade that can cost you $50, $75, or even $100 dollars more per month! Most people are forced to pay.

BUT THERE ARE EVEN MORE TROUBLES! 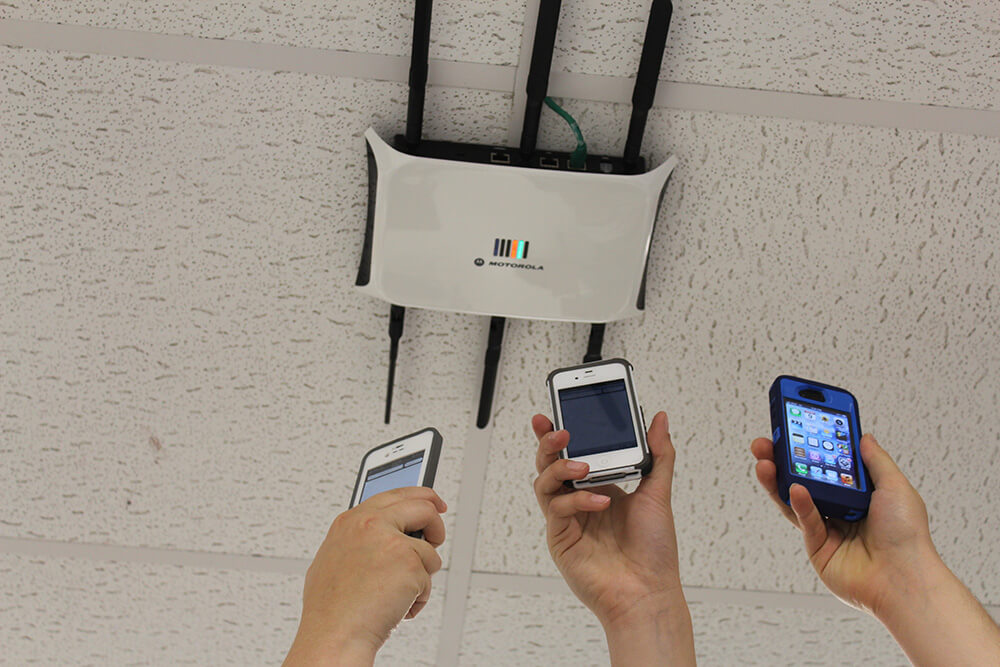 You know the feeling. You take your laptop, iPad, tablet (or your Wi-Fi connected phone) into another room, and you watch those little bars up top disappear! You can’t watch videos because they keep pixelating, pausing, buffering or they stop playing altogether. “Connection lost!”

Or you want to Skype or use Facetime on the porch, in your bedroom, or outside – which is FAR AWAY from the cheap router that your internet provider charges you every month for – and guess what happens?

The signal drops down to almost nothing. Or stops working altogether!

WHAT A MISERABLE ANNOYANCE! If you call your internet company, they are no help at all. First, you wait on hold FOREVER. Then, they transfer you around 3 times, tell you a bunch of mumbo-jumbo, and then their “solution” is to INCREASE YOUR BILL every month to give you “faster” speeds. But that still doesn’t help.

Increasing your so-called “internet speed” is a worthless scam. Allow me to let you in on a big secret. Your internet speed now, the inexpensive, basic plan you already have, is probably plenty fast enough.

It doesn’t get rid of “dead zones” in your house, and it doesn’t allow you to use your devices anywhere you want on your property! That’s because a wireless router, the device that broadcasts the signal all over your house, is basically just a radio transmitter. It sends a signal, like a radio broadcast, all over your home and the “radio receiver” inside your phone or computer or game just picks it up with a tiny antenna.

It doesn’t get rid of “dead zones” in your house, and it doesn’t allow you to use your devices anywhere you want on your property! That’s because a wireless router, the device that broadcasts the signal all over your house, is basically just a radio transmitter. It sends a signal, like a radio broadcast, all over your home and the “radio receiver” inside your phone or computer or game just picks it up with a tiny antenna.

So that means walls, floors, internal wiring in your house, even furniture, bookshelves, fireplaces or other devices like big screen TVs can BLOCK YOUR SIGNAL and ruin your Wi-Fi reception.

And if you have rooms that are upstairs or too far away from your router, your signal dies. You can’t enjoy Wi-Fi on the porch or backyard, just because your home router signal is too weak and can’t transmit that far!

BUT ALL THAT CAN BE CHANGED DUE TO AN INGENIOUS NEW PRODUCT! 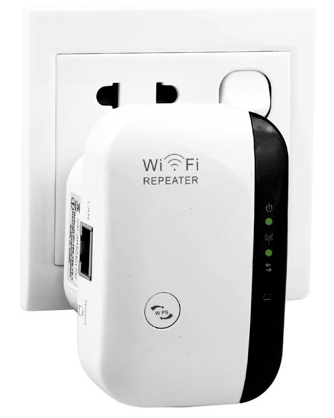 NOW YOU CAN GET SUPER-STRONG, POWERFUL WI-FI SIGNALS EVERYWHERE ON YOUR PROPERTY!

SUPERBOOST WI-FI is a powerful, efficient, strong WI-FI DEVICE that was developed from a military technology called “signal repeater transmission”. This is the same type of technology that you may have all heard about during the heroic rescue of the Thai Soccer Team that was trapped in a cave. One of the problems was that the solid rock walls of the caves blocked all radio transmission, but an Israeli super-high-tech company developed a system that allowed many walkie talkies to capture and boost a weak signal so that it could travel all the way through the cave to all the rescue divers.

When you order a powerful, easy-to-use SUPERBOOST WI-FI REPEATER, it looks like just a tiny plug. You take it to any electric outlet in your home where you have weak signal problems.

JUST PLUG IT IN. No set-up, no complicated instructions or changes to your existing wi-fi setup. JUST PLUG IT IN, AND THAT’S IT! YOU’RE DONE.

SUPERBOOST WIFI INSTANTLY LOCKS ON to the weak Wi-Fi signal in your homes and REBROADCASTS IT WHERE YOU NEED IT THE MOST! 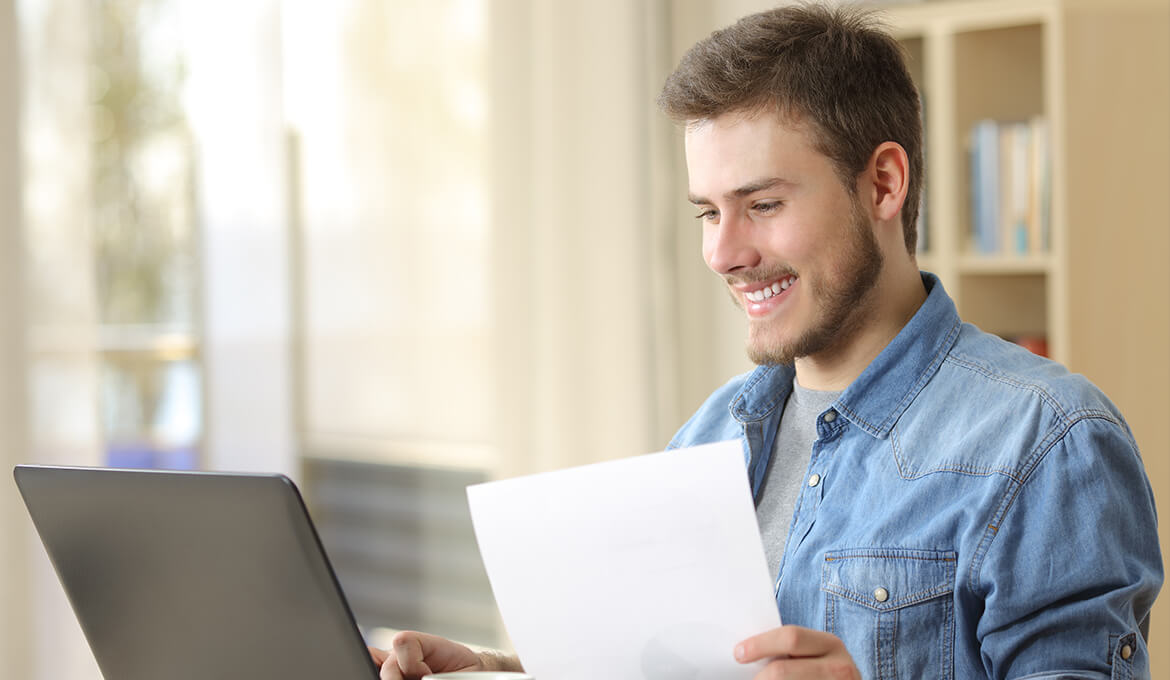 IT WILL PUMP OUT A CLEAR, STRONG SIGNAL! You’ll be amazed. In rooms where you could never reliably use your Wi-Fi before, you’ll be easily streaming video, browsing eBay, chatting on Facebook and TALKING ON SKYPE, without ANY BUFFERING.

AND ALL WITHOUT PAYING A PENNY TO YOUR INTERNET PROVIDER! They won’t even know you’re using it, and there is no way they can try to increase your monthly bill.

IT IS THAT SIMPLE, AND THAT AMAZING!

I Even Did This Test:1. I have a garage which is behind a brick wall where I have never been able to get a Wi-Fi signal from my home router. At the most, I get half a bar, and even if by some miracle I can connect, I lose the connection in a few 2. When my SUPERBOOST WI-FI arrived, I plugged it into an AC outlet in my garage. I waited a couple of minutes for it to connect, and then I tried the Wi-Fi with my iPhone.

3. WOW! The old iPhone connected to Wi-Fi almost right away! I went to YouTube, watched a video, and I couldn’t believe it! The video played clear and strong. All the way through! No stuttering, no lagging, no buffering! It really worked! This thing is great!

Most people order several SUPERBOOST WI-FI units, and plug one into every room in their home where they have signal problems. Even basements, rec rooms, attics and enclosed porches! EVERYWHERE ON YOUR PROPERTY BECOMES A POWERFUL TRANSMISSION AREA WHERE WI-FI IS STRONG, FAST AND CLEAR.

You’ll wonder how you lived without it! 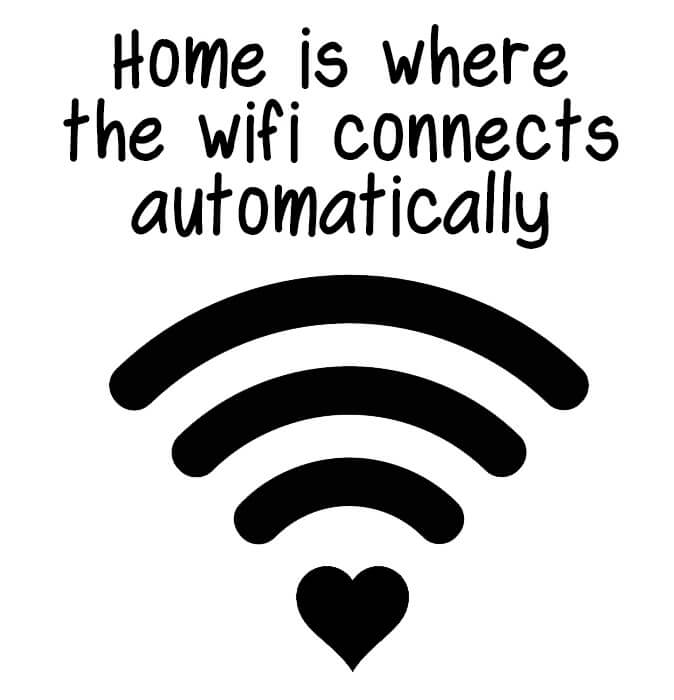 Because the company that developed SUPERBOOST WI-FI is looking to break into the market in a big way, if you’re lucky you can still get in on the special “publicity” price for your first order.

They are sure that once you enjoy blazing fast Wi-Fi all over your home, without paying a penny extra to your greedy provider, that you’ll tell all your friends and family!

SO ORDER AS MANY AS YOU CAN RIGHT NOW, BEFORE THE WORD GETS OUT AND THE PRICE GOES UP!

I am so thrilled I found out about SUPERBOOST WI-FI and didn’t GET RIPPED OFF BY MY GREEDY INTERNET PROVIDER!

I wrote this to let everyone else who’s in a similar situation know to give it a try. And, of course, SUPER BOOST WI-FI has a satisfaction guarantee, so if you’re not happy with the SUPER STRONG SIGNAL AND FAST WI-FI EVERYWHERE, you can just return it for a no hassle. 100% Iron-Clad Money-Back Guarantee!

YOU HAVE NOTHING TO RISK AND EVERYTHING TO GAIN! GET AS MANY AS YOU NEED NOW AT THIS ASTONISHING INTRODUCTORY PRICE!! $49.99

Yes, I Want Mine Today! I Want Mine Today